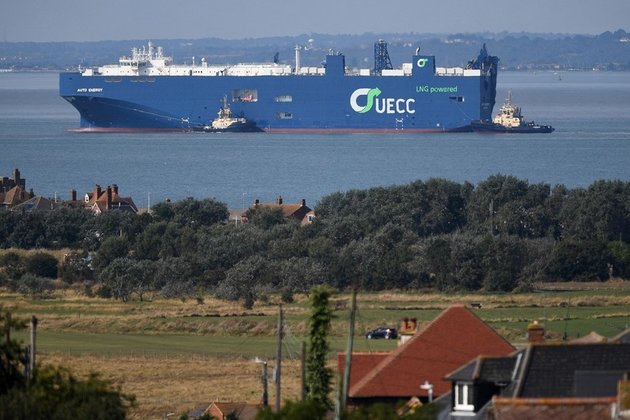 European nations are stocking up on gas ahead of winter

UK authorities are looking for proposals from US exporters of liquified natural gas (LNG) to ensure supplies for the nation's domestic buyers under long-term contracts for as long as 20 years, Bloomberg reported on Thursday, citing sources familiar with the matter.

The UK's inquiries come amid a severe power supply crunch that has hit Europe over the past year, and is expected to deepen ahead of the coldest months. European nations have been trying to stock up on natural gas as well as to diversify their fuel sources in the long term.

The volumes Britain is trying to obtain haven't been disclosed, but the agency reported that officials are seeking to buy LNG indexed to the US benchmark Henry Hub gas price, and delivered on an ex-ship basis, where the seller has to deliver the cargo to a fixed buyer and location.

The energy crisis in Europe was exacerbated in early July when gas flows from Russia were reduced due to Ukraine-related sanctions and technical problems with the Nord Stream 1 pipeline.

Britain, which doesn't rely heavily on Russian gas supplies, gets most of its fuel via undersea pipelines from Norway, and LNG shipments. The UK also receives fuel from its own production.

However, London is not entirely protected in the face of the current Europe-wide supply crunch.

LONDON: In a bid to raise tens of billions of pounds to fill a major shortfall in public finances, the ...

YANGON, Myanmar: Myanmar's ruling military freed nearly 6,000 prisoners in a mass amnesty this week, including an Australian economist and ...

After large jump in Channel crossings, France and UK agree to act

LONDON, England: The UK and France have signed an agreement to stop migrants from crossing the English Channel in small ...

Prior to the conflict, Berlin believed a long conflict would be a disaster, the former UK prime minister saysGermany was ...

News of yet another deadly shooting at a United States LGBTIQ+ nightclub has again brought hate crime to the forefront ...

King could step in if Malaysia parliament cannot choose leader

KUALA LUMPUR, Malaysia: As support for a conservative Islamic alliance prevented major coalitions from winning a simple majority in its ...

BUFFALO, New York: Just ahead of the busy Thanksgiving holiday week, western New York state was hit by a snowstorm, ...

After 73 years, Biden tells Palestinians to wait until conditions are right

NEW YORK CITY: Granting Palestine full state membership status at the UN would be a "practical" step that could preserve ...

WASHINGTON D.C.: In the largest dam removal undertaking in U.S. history, a U.S. agency last week approved the decommissioning of ...